Voopoo keeps Dragging on and on.

The only fundamental changes are an all-new tank, the PnP-X, and some new funky leather wraps on the devices.

The new tank is based on the TPP tank design, but it incorporates all of the popular and readily accessible PnP coils.

While it’s only slight changes, the new leather grips and upgraded tank do give already impressive kits a new lease of life.

There’s no denying that the new PnP-X tank improves over the previous Drag kits. The new ‘Knight’ design is nice, but otherwise, there is no real change in the performance of the new Drag kits. Like their predecessors, they perform great, and the PnP coil range is excellent. However, I still think the Drag S & X Pro are better kits overall if you can afford them.

The Drag S and X devices were excellently styled, performed brilliantly, and scored highly in our previous reviews.

They didn’t really need an upgrade, but I get that VooPoo wanted to release them with the new PnP-X tank and couldn’t release the mods in exactly the same state.

While it’s a very subtle change, it gives them a little more of a classier look.

VooPoo says they are paying tribute to ‘the glory and virtue of the Knight,’ and here are the 5 new ranges you can get:

So what’s the difference between the Drag S and Drag X?

Well, nothing has changed here; the Drag S is the smaller, lighter device that comes with an in-built 2500mAh battery. Its dimensions are 119.5mm x 33mm x 28mm with the including tank, and it weighs 149.2g.

The Drag X is the taller, slightly heavier, more versatile version that utilizes a single 18650 battery. Its dimensions are 127.5mm x 32.5mm x 28mm with the including tank, and it weighs 166.2g (with battery).

In all honesty, there is not much between them from a design standpoint. The Drag S does feel slightly better in the hand as it’s more compact, but it has the in-built battery.

So which one you choose will come down to whether you need that extra 20W and external batteries.

The PnP-X tank is the real design change here, and it does make the whole kit look premium compared to the previous plastic pods.

While it is a bit of a case of the ‘Emperor’s New Clothes,’ there are enough changes to the Drag S & X design with the new PnP-X tank to warrant the release.

As I mentioned, both devices were excellent anyway, and the only real improvements were likely to come from an upgraded tank or pod system. Later in the review, we will cover how good the new PnP-X tank is.

The Drag S and X are almost identical in their features, with the only notable difference being the battery power.

The Drag S comes with an internal 2500mAh battery and has a power range of 5-60W.

The Drag X supports a single 18650 external battery and has a power output of 5-80W.

They are both powered by GENE.FAN 3.0 chip. They also both also have the use of Smart mode and RBA modes. The ‘Smart’ mode sets the mod safely in the recommended wattage range for the attached coil, whereas the ‘RBA’ mode allows further wattage control.

The Drag S also has auto-draw firing, but it’s sadly lacking on the X. I’m guessing this is due to the battery difference for the activation.

Both Drag devices have a USB Type-C port that supports 2A fast charging.

Essentially the new PnP-X Tank or Pod is a redesign on the TPP version that comes with the Drag S & X Pro, which you see in our review here.

The difference being the PnP-X (as the name suggests) supports the entire PnP coil range and not the TPP coils,

The tank has a 5ml juice capacity, a nice clear PCTG section, a convenient top-fill mechanism, and uses a standard 510 drip tip.

The top-fill mechanism may look a bit confusing, but it is a welcome addition. As you get used to using it and it’s quite mess-free.

You simply push the black fill port cap in with your finger while also rotating the top ring of the tank to the left. This then reveals a standard rubber fill plug.

The fill plug has a small arrow pointing to where you need to lift it from. You might need decent fingernails just to grip the end of it.

I was concerned with the TPP version that the rubber plug felt a little flimsy, but I’ve used that tank a lot the past few months, and it’s held up well.

The tank does give a more premium look to the Drag S/X Kits, and it’s a lot better than the pods that come with the originals. The magnets are also stronger, so it holds in place better.

You also can’t go wrong with the PnP coils, as the range is so versatile, and they perform great. It’s also worth noting that the tank is cross-compatible, just like the whole PnP range.

As you can imagine, there’s no real change in the performance from previous Drag devices.

So for more detailed coverage of the performance, check out our review here.

However, I’ll just quickly cover some important things with the overall performance of both kits and the new PnP-X tank.

The Drag S does a good job with its 2500mAh battery if you keep to vaping in the mid-wattage range. I found that using it around 35-40W, I could make it through a full day of vaping. The USB-C 2A fast charging also comes in handy for a quick top-up.

The Drag X is the better device has it has a higher power output and a replaceable 18650 battery. Suppose you typically go for coils in the lower resistance range like the included VM6 0.15Ω. In that case, you’ll get a far better experience from the Drag X. It does well even at higher wattages.

All of the PnP coils deliver great flavor and vapor production. Personally, I prefer the VM1 0.3Ω as it still provides what I like from a vape while not being such a drain on battery power.

The PnP-X tank is the real upgrade here. While I can’t say that it helps to deliver better performance than the previous pods, it is a far better experience in day-to-day use.

The only caveat I have with the whole kit is that while I love the PnP coils and the new tank, I prefer the Drag S & X Pros with the TPP tank.

Those devices have far better airflow control, higher power output, 21700 support on the Drag X, and a locking switch.

I would like to see a better MTL tank version come with the new Drag kits. I know you can use a PnP MTL coil inside, but including an MTL drip tip and an MTL coil would’ve been a good move.

I know these devices are typically aimed at DL vaping, but more options for users would’ve been great.

All that being said, these are still two excellent kits. If you’ve ever used a Drag or PnP coils before, then you know what you are getting. If you already own a Drag device, I’d say see if you can get the new PnP-X tank separately.

The Drag S and X PnP-X kits are not going to set the world alight, and they are very much a slight improvement on the previous kits.

This is mainly down to the new PnP-X tank that is included, with its top-fill mechanism and classier looks.

If you already own a Drag S/X, then get the PnP-X tank separately. If you don’t own one, then these are two excellent kits backed by a versatile and impressive PnP coil range.

Jules M
Jules is our vaping font of knowledge. He has been a passionate vaping supporter since 2013 and spends his time trying to educate people with ‘facts’ on the safety and benefits of vaping. 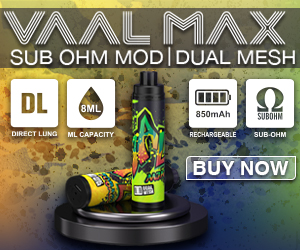 VooPoo DRAG X/S PnP-X Kit | ReviewThere's no denying that the new PnP-X tank improves over the previous Drag kits. The new 'Knight' design is nice, but otherwise, there is no real change in the performance of the new Drag kits. Like their predecessors, they perform great, and the PnP coil range is excellent. However, I still think the Drag S & X Pro are better kits overall if you can afford them.